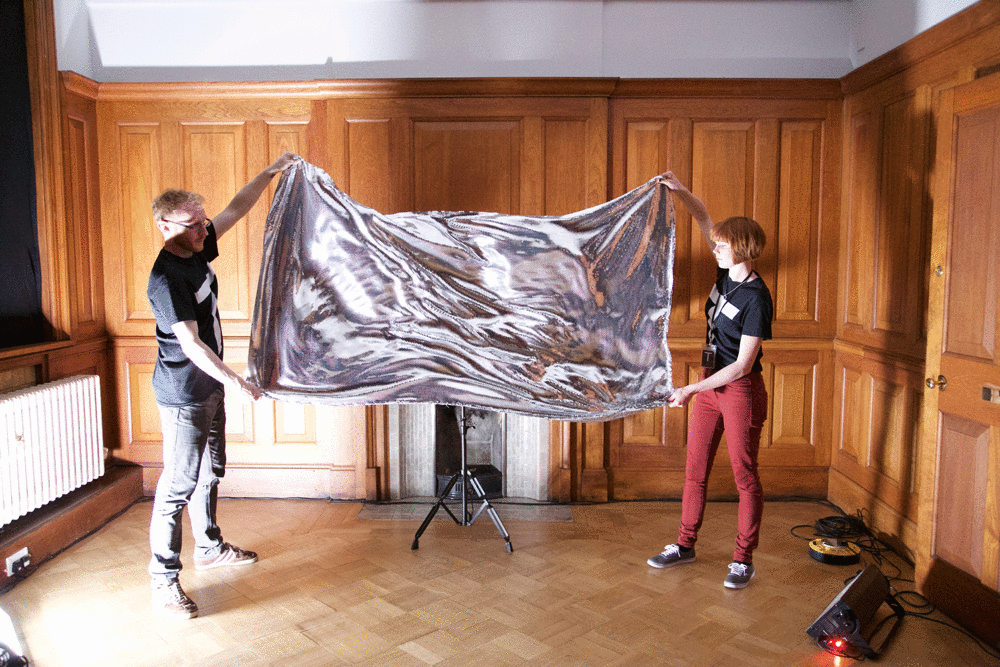 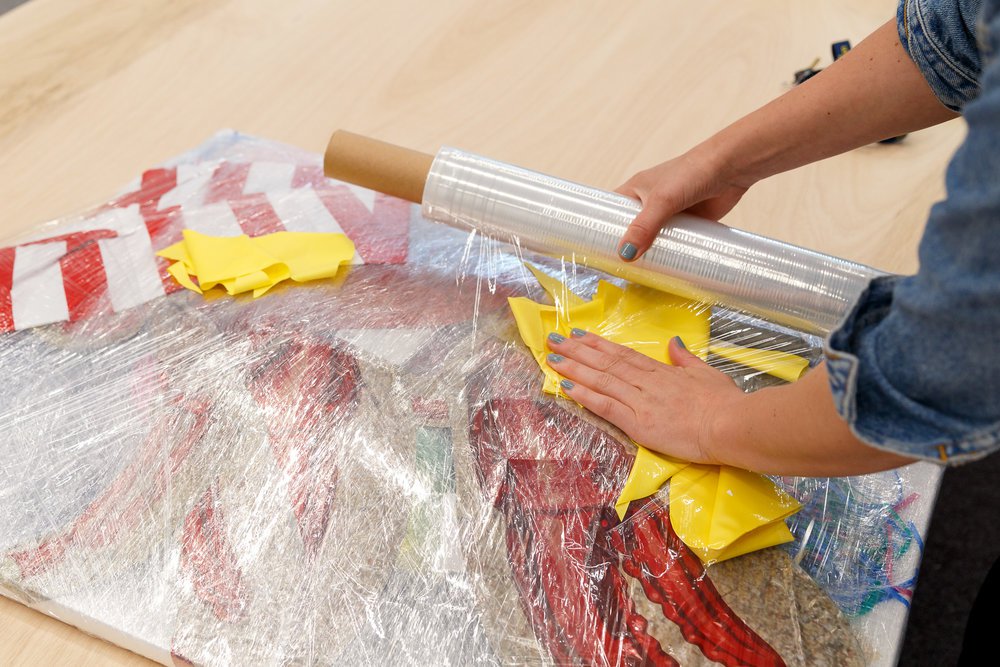 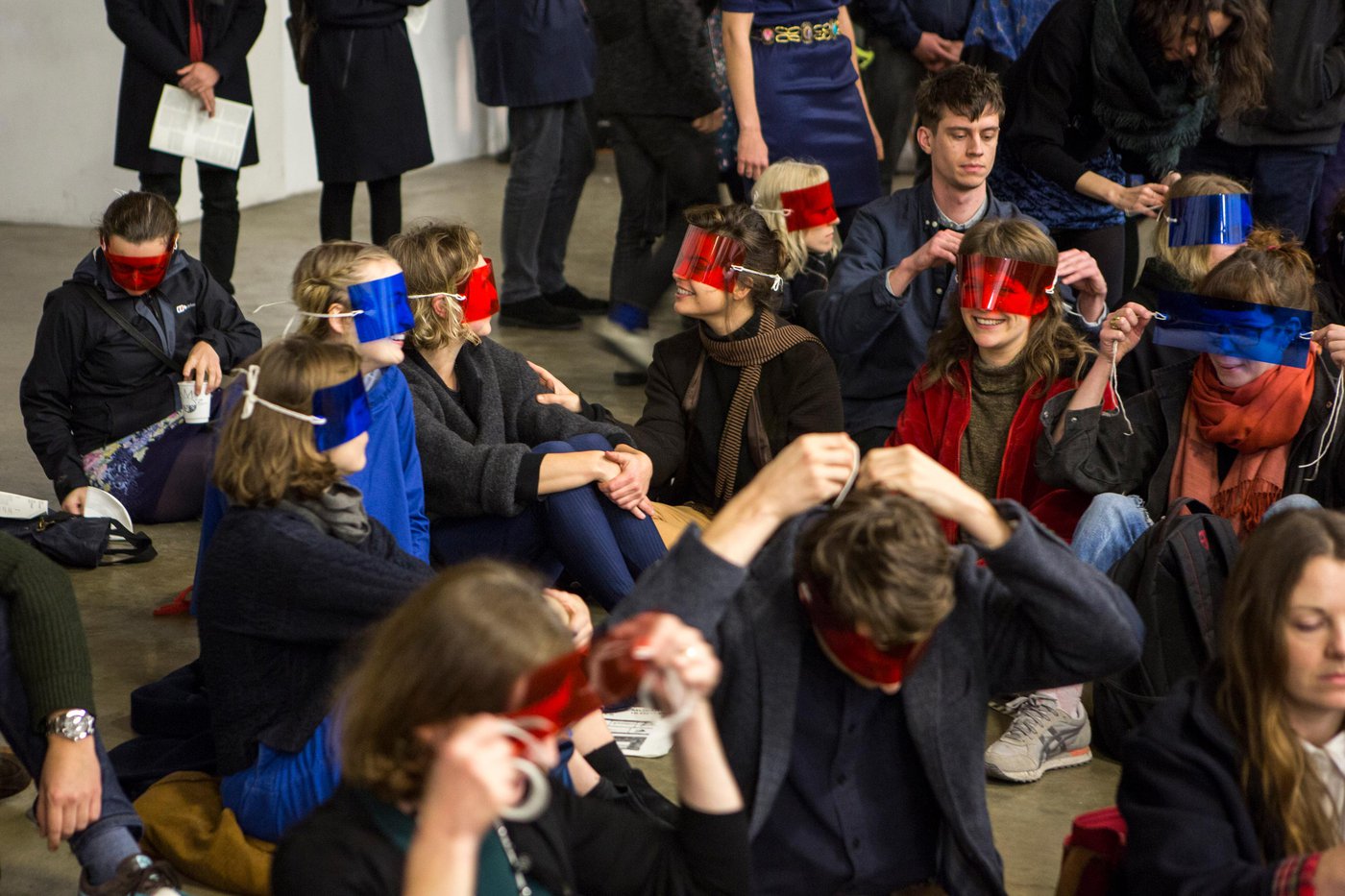 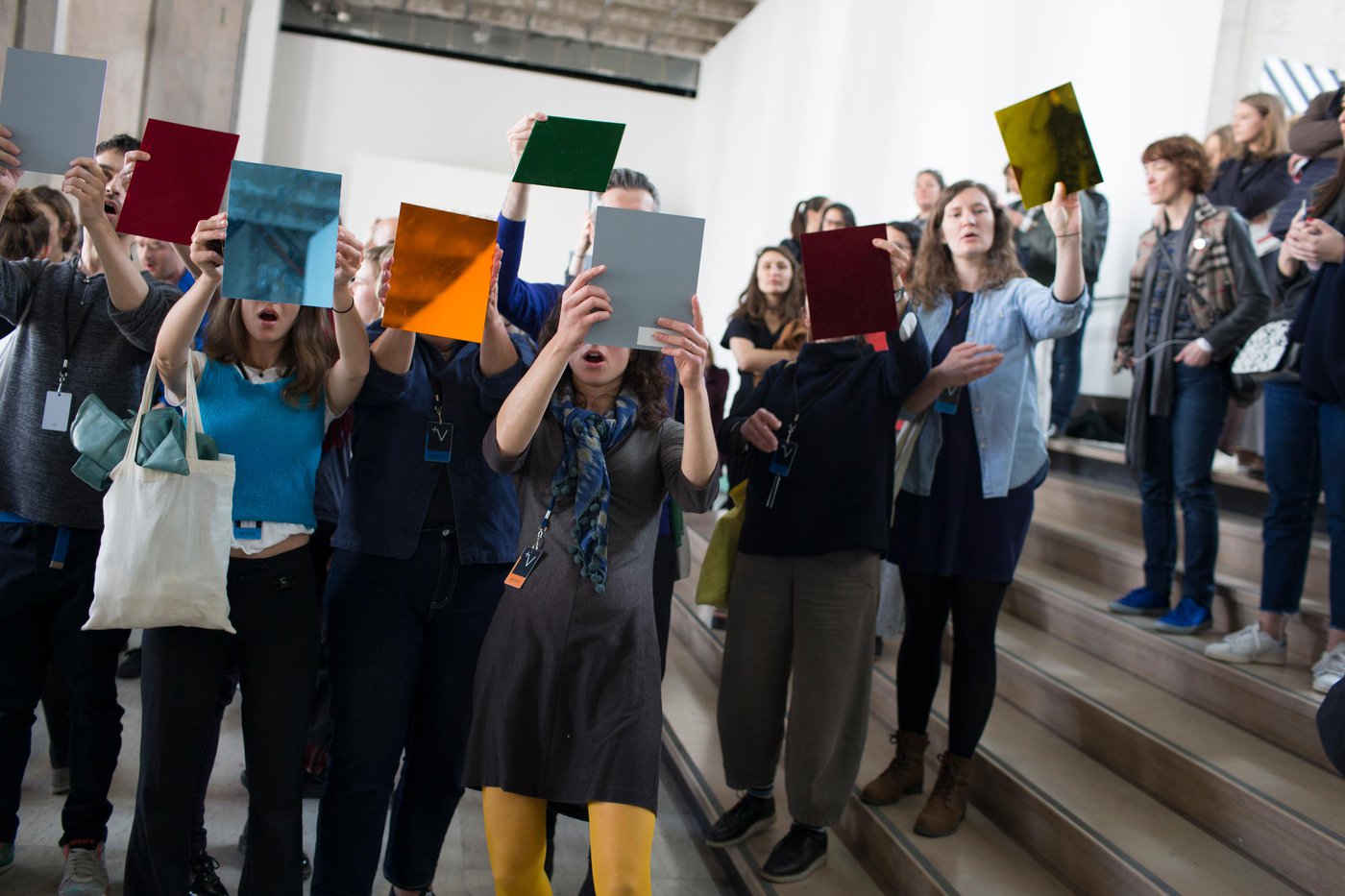 Sarah Kate Wilsonis an artist living and working in London. She makes paintings that continue to evolve as they exit the studio. These works are keptaliveby presenting them as events, through the use of ephemeral materials, by directing others via instructions to interact with them and by working with performers. Making the invisiblevisibleor presenting the back-stage frontwards is an ongoing concern in Wilson’s practice, in both the making of work and its exhibition.

Alongside her studio practice sits an ambitious curatorial practice, her recent project ‘Painting in Time: Part Two’ was presented at the School of The Arts Institute Chicago in their Sullivan Galleries. This exhibition included a cross generational group of international artists such as Yoko Ono, Polly Apfelbaum, Lisa Milroy and Debo Eilers.

She also co-directs LeandaKateLouise, an artist collective who recently curated ‘Show-Off’, a performative exhibition that included artists Martin Creed, Phoebe Unwin, Bruce McLean and Mali Morris. In front of a seated audience art handlers parade artworks on and off a specially commissioned stage. Here artworks appear on stage for a limited amount of time whilst lit by theatrical lighting whilst receiving instantaneous audience feedback through applause, laughter or concentrated silence